Messenger Wars 2: How Facebook climbed back to number one

When Facebook started seeing a decline in popularity of its social networking platform especially among its younger users, they aggressively fought to stay relevant. Did it work? Our 5 country report reveals the top players in each market and more. <odr:mediaImg filename="20150318104257_Page 1 - facebook lead messaging.PNG" width="600" alt="Messenger wars part 2 Facebook"/>

When Facebook started seeing a decline in popularity of its social networking platform especially among its younger users, they aggressively fought to stay relevant. Did it work? Our 5 country report reveals the top messaging apps in 2015 for each market and more.

As Facebook battles for leadership, the real battle is now for what market? The 'Social Media Phase of the Internet' has ended, says Fred Wilson and Messaging is the new social media. With the masses moving away from social networks, how are people staying in touch?

We surveyed 2,500 smartphone users (both Android and iPhone) in 5 countries to try and understand whether any monopolistic giants have emerged, and what drives people to use one messaging app over another. The countries we covered were US, UK, Germany, Japan and China - the world's 5 biggest economies.

Facebook has changed its fortune and is back to number one

While the countries have changed, the overall story is still very interesting. Facebook was facing declining popularity 2 years ago, and through diversifying and acquisition, our data shows that they have found themselves in a stronger position globally. Facebook Messenger is our number one messenger, with 31% of our total sample using it and top in both the US and UK.

WhatsApp has seen a heavy decline in its home market, but few are worried now that it's owned by the number one app - Facebook. The natural cannibalism of market share WhatsApp has experienced was only to be expected. Luckily, it still has significant market share in the UK with 46% and in Germany where it holds the top spot with 77% of responding using the app.

In Nov 2013, we spoke of the rising popularity of Snapchat, our data shows that it has grown 12%pt for 16-24 year olds in the US. Last year, GWI reported Snapchat had an impressive 56% growth rate globally, which makes it the fastest growing social and messaging app.

Is there space for more than one app per market?

US, UK, and Germany certainly show there is room for multiple players (although dominated by those owned by Facebook). Our findings suggests this might not be the case for Japan and China, dominated by Line and WeChat respectively.

However, when you dig deeper into the data, you can see that the average number of messaging apps installed for those in China has actually risen from 2.3 to 3 apps in 2015. While Facebook is certainly not much of player in China due to heavy internet censorship, this has allowed local players such as QQ and Weibo to thrive.

What makes people choose the messenger they have?

One of the biggest draws for users to WeChat and Line, the top messaging apps in China and Japan, is that the platforms are more like social messaging ecosystems than social messaging apps. Often multifaceted apps with the ability to do free video and voice calls, use stickers, make payments, chat with people based on GPS location (WeChat), even Kakaotalk in South Korea users can play games through their messenger app.

Beyond additional built-in features, these Asian apps are more sophisticated even when it comes to its 'basic' chat function. Populate group chats through QR codes or location-based 'Friend Radar', even broadcast messages to all your contacts (popular for brands or celebrities). 46% in China and 45% in Japan said that different features were the number one driver for using a particular app. Facebook Messenger has only just driven sticker usage in Western markets.

Overall, we found that 1 in 2 will use messenger apps that their friends use. With network effects the main driver for using multiple apps, this contributes to WhatsApp ability to still hold a proportion of the market as users connect through their contact book (phone numbers) rather than Facebook.

When we asked respondents what the most important feature was from a messaging app, on average we saw 79% say security. With 82% of Briton's agreeing that security is number one for them, it comes at a time when British Prime Minister, David Cameron wants to make it easier to access messages sent through apps.

If you want to find out what other features were most important to our respondents, as well as more about the data we collected take a look at the full report embedded below. Data tables in excel are also available, just contact Pohlin!

About our research methodology

We used the mobile internet to survey 2,500 Android and iOS smartphone owners across five countries. They answer the questionnaire through their mobile browser allowing us to capture a wide sample and also their phone metadata to verify the platform they use.

Working together with a large number of mobile publishers we recruit a sample that is representative of the mobile internet users in a given country.

On Device Research has done over 20 million mobile surveys in 79 countries. Want to find out more about our research methodology? 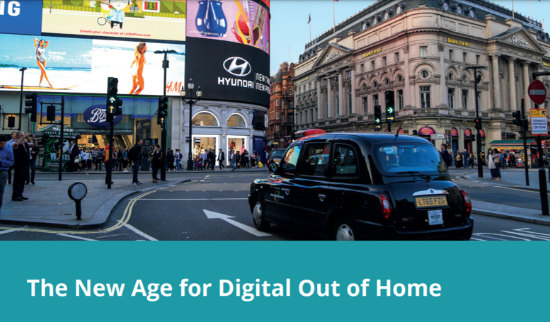