A week after the Oscar gala and taking of the famous celebrity selfie we asked thousand UK smartphone owners whether they've ever taken a selfie of themselves. Surprise (or not)! A whopping 78% have.

Full report is embedded below.

If only Bradley's arm was longer. Best photo ever. #oscars pic.twitter.com/C9U5NOtGap

Selfies aren't anything new. Colin Powell took a stylish one of himself 60 years ago. Bank robbers, thieves and drug traffickers like to document their shenanigans. Even Bekily the lemur from the London Zoo snapped one just days ago.

In this context Ellen Degeneres whipping out a large white phone, walking into a crowd of A-listers at the Oscars gala wasn't anything special. However, it offered a good chance to run a quick check among the UK audiences to see how often do they point the camera on themselves. 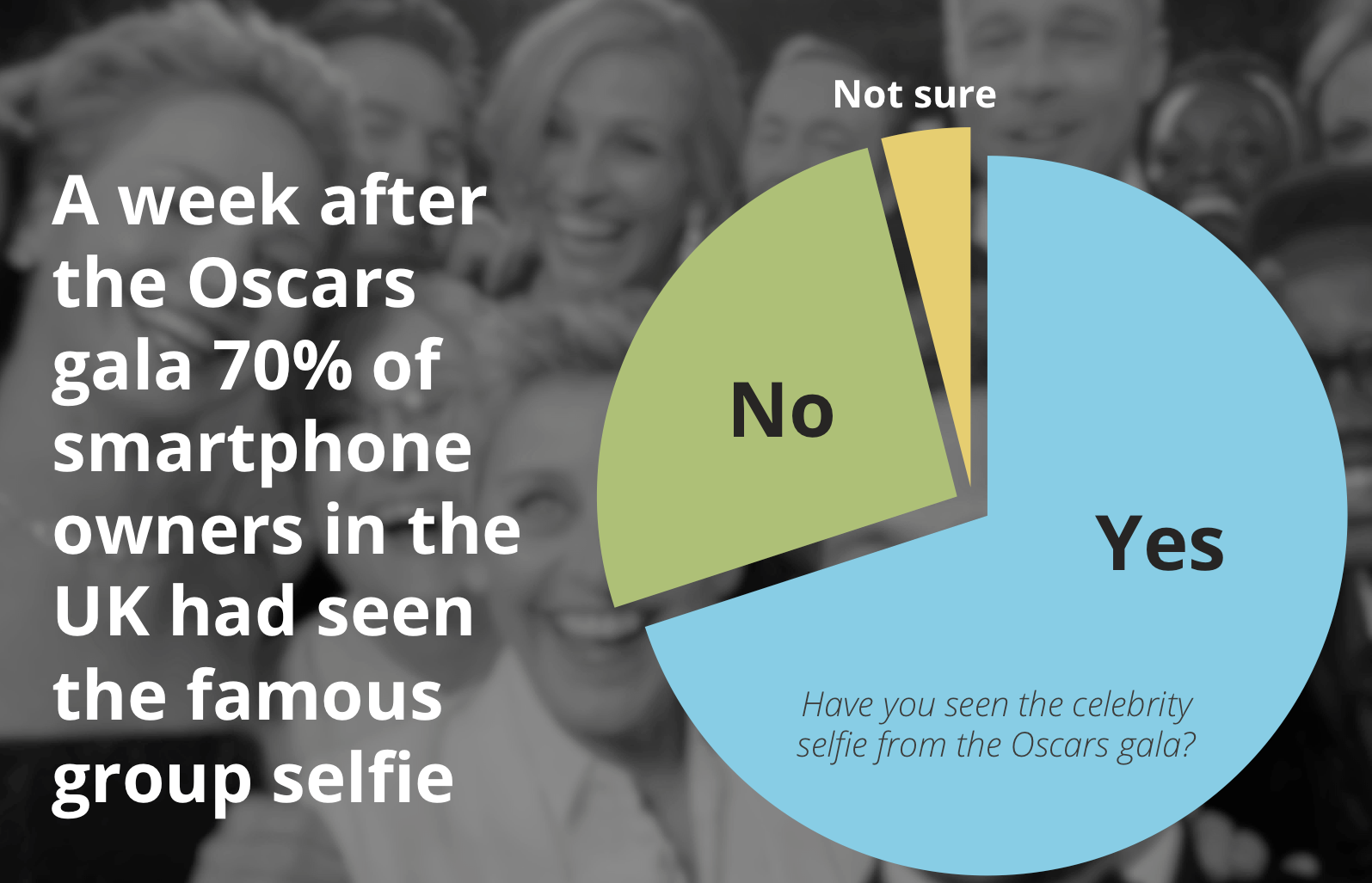 Samsung getting its money worth?

Samsung spent an estimated $20 million on ads run during breaks in the Academy Awards broadcast and looks like part of the deal was to have its Galaxy smartphone integrated into the show. 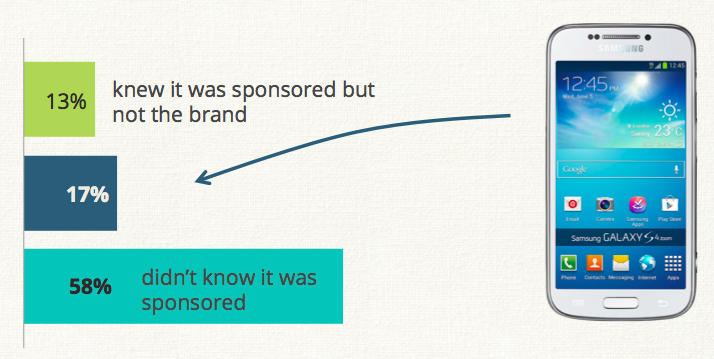 While 58% said they didn't know the Oscar stunt was sponsored, a significant portion could name Samsung as the company behind it. After all, 17% awareness in one week is nothing to sneeze at.

It's interesting to note that Ellen using a Samsung phone for the photo shoot but switching to her iPhone backstage received equal press coverage in the news so whether the awareness will convert into buyers is anyone's guess.

Selfies: Have they reached their peak? from On Device Research

Research was carried out by On Device Research. We surveyed 929 people, a representative sample of Android and iOS smartphone users in the UK on 9-10 of March, 2014.