59 years of military dictatorship that cut Myanmar off from the outside world turned a former economic success into the backwater of Asia. In 2011 the country opened up again, and the world opened up to the locals.

Taking advantage of the growing mobile ownership, On Device Research surveyed almost 600 mobile internet users in Myanmar for the first time ever. 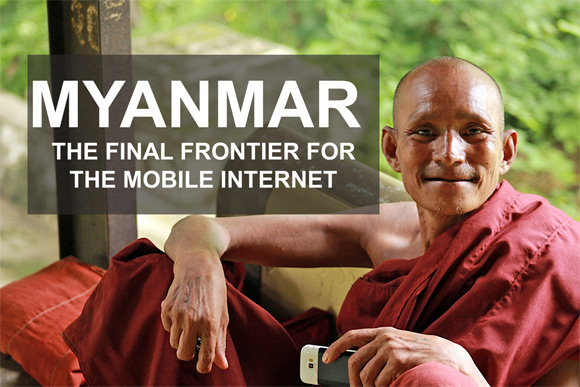 And majority of the respondents use mobile as their main device to go online. Only 38% use a PC or a laptop on a weekly basis.

It is likely that most newcomers to the web will leapfrog PCs completely. This trend is strongest among the younger generation – 71% of mobile-only internet users are under the age of 34.

Reporters Without Borders ranked Burma 151th out of 178 in its 2013 Press Freedom Index despite the fact that in theory censorship was removed in 2011 (see Media in Burma for more info).

People are voting with their attention and going online on their phones in search of uncensored local and global news. 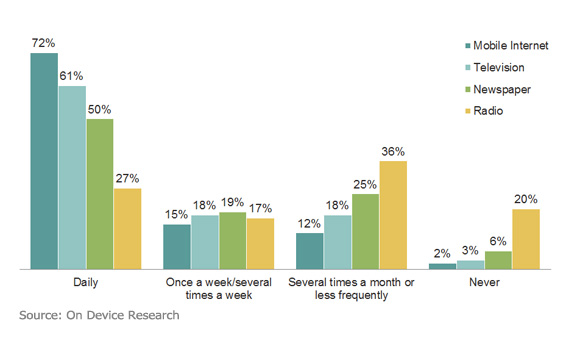 Not since Nokia's heyday have we seen one handset brand dominate a market in such a way - Huawei was used by 71%. Global giant Samsung followed by only 14% share. 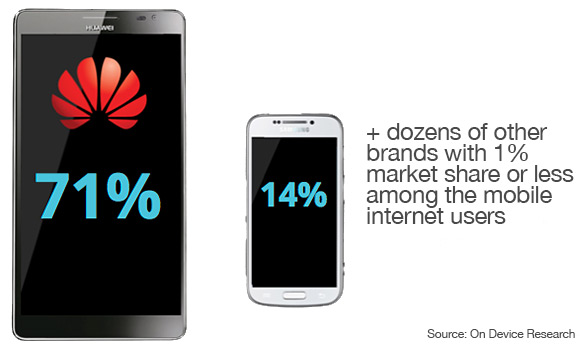 Myanmar is also almost exclusively an Android playground with 95% market share. We found very little feature phone usage and iPhones are clearly too expensive, only a handful of respondents were using those.

Starting from a clean slate in 2011, lack of legacy handset and tumbling prices of Android handsets have created a unique situation where people go from having no phone straight to owning a smartphone.

Although Huawei controls the current market our research shows that its lead as a favourite brand is not quite as strong. 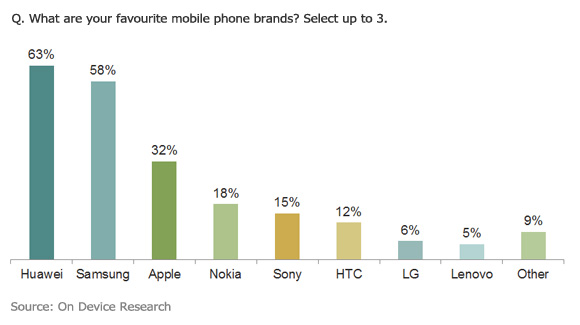 Samsung is in a good position to improve its current standing as people's incomes increase. Women in particular are favourable to the South Korean brand - 69% women vs 52% men say that they prefer Samsung.

Apple may be #3 in popularity, but low average income means few will be able to afford it for quite some time.

Discovering the monopoly of Viber among the chat apps was the biggest surprise for us. More people use Viber than Facebook and other heavyweights of the world like WhatsApp, WeChat and Line, barely register. 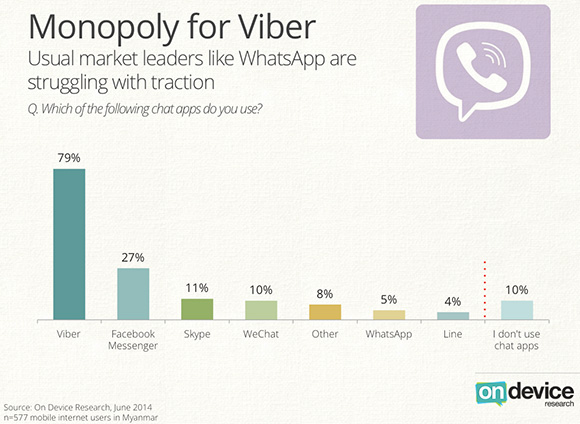 Full report, for your viewing pleasure :)

The full report embedded below has all the data from our research including details on the mobile internet demographics, income and education, most popular online activities and more.

To our knowledge this is the first report that focuses on mobile internet users and usage in Myanmar. Increasing mobile penetration will help the previously unconnected to get online and makes mobile a great way to track the market trends. We'll keep a keen eye on Myanmar!