Facebook may be the giant among social networks but WhatsApp has taken the lead in social messaging on mobile. Our report on 5-country research reveals this and more. <odr:mediaImg filename="20131128115340_messenger-wars.png" width="600" alt="Messenger Wars title photo"/>

Facebook may be the giant among social networks but WhatsApp has taken the lead in social messaging on mobile. Our report on 5-country research reveals this and more.

Social messaging apps / platforms are some of the hottest movers in the mobile space at the moment. Not a week goes by without one of the big ones - WhatsApp, Line, WeChat, BBM - announcing new record breaking registered user numbers, opening up their platform to brands, billions of photos shared daily etc.

We surveyed 3,759 smartphone owners in 5 countries to get a global snapshot of popularity of particular apps but also how people use social messaging compared to calling, texting and emailing on their phones. The countries we covered were the US, Brazil, South Africa, Indonesia and China.

WhatsApp is the new combined leader in these markets, while Facebook still rules on its home turf in the US. 44% of all respondents who use social messaging (and very few do not use it) do it on WhatsApp vs. 35% on Facebook Messenger.

Significant geographical differences have prompted some to call it the Balkanisation of messaging apps.

Good examples of this are the surprising popularity of BBM in South Africa and Indonesia. Both countries saw high penetration of BlackBerry phones in the past but as users upgraded to newer and cheaper Android phones BBM's position seemed to be shaky. The release of BBM as a standalone app on iOS and Android seems to have been a winning move as barely a month after the release 34% in South Africa and 37% in Indonesia are back using the "original" chat app.

WeChat is another regional winner. It's massive penetration in China (93% of smartphone owners using it) means that usage has bubbled out into other countries. In Indonesia 20% use it on a weekly basis, in South Africa 18%, and even in the US WeChat has 6% penetration.

Chat apps are now the dominant way of staying in touch on the phone. Daily usage of social messaging across the 5 countries stands at a massive 86% that compares to 73% using their phones for voice calls, 75% using SMS and 60% using email.

This trend will have interesting implications on mobile operators. More and more people are upgrading from feature phones to smartphones accelerating the move from traditional calling and SMS to social messaging. It's interesting to note that China seems to be an outlier when it comes to email usage with "only" 40% of smartphone owners using email compared to 69% in the US.

One specific aspect of social messaging platforms that we investigated was the usage of stickers or little rich images to depict mood and convey messages in non-verbal format.

Stickers are well known and actively used by almost 40% of smartphone users. There are again significant regional differences with stickers being more well-known and used in Asia where they originate from. 84% of Indonesian respondents have used them, compared to 54% of Brazilians.

20% of sticker users have paid for them at least once with 9% saying they've done it several times. The most successful platform when it comes to monetising stickers is Japane's Line which earned $27.4 million in Q3/2013 from them.

There's much more data in our full report that is embedded below. If you're interested in getting the data in Excel format then please contact Siim Teller.

About our research methodology

We used the mobile internet to survey 3,759 Android and iOS smartphone owners across five countries. They answer the questionnaire through their mobile browser allowing us to capture a wide sample and also their phone metadata to verify the platform they use.

Working together with a large number of mobile publishers we recruit a sample that is representative of the mobile internet users in a given country.

On Device Research has done over 12 million mobile surveys in 58 countries. Want to find out more about our research methodology? 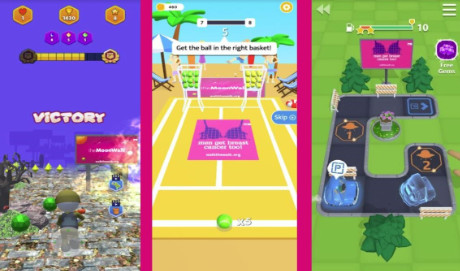